February 24, 2022, Russian troops poured over the border into Ukraine, unleashing unimaginable human suffering and widespread destruction of property. Russia’s aggression also ignited negative consequences in the international economy that continue to increase and cascade throughout all sectors and corners of the globe. As companies and other entities struggle to navigate the broader macro-economic problems caused by Russian aggression (continued inflation, rising energy prices, expropriation of assets, currency fluctuations, disrupted supply channels, etc.), businesses are also facing immediate and long-term challenges to their core assets—intellectual property (IP) rights. Although there are new and changing developments every day and still a great deal of uncertainty, here are some of the key IP issues facing US companies in Russia:

1. Can US companies continue to pursue and maintain IP rights in light of sanctions imposed by the US?

The US government does not categorically prohibit US companies from pursuing and maintaining IP rights in Russia as part of the current sanctions regime against Russia. Additionally, Rospatent (aka “Federal Service for Intellectual Property”), the Russian IP office, is not currently an asset freeze target or the target of any measures. Therefore, normal IP filings are not a category of activity that is impacted by sanctions. US companies (and law firms) can continue to send instructions to Russian law firms and agents to file applications, engage in prosecution and maintain existing patents and trademarks.

2. Can US companies make payments to pursue / maintain IP rights?

There is currently no US prohibition on making payments to the Russian IPO itself. However, June 23, 2022, is the last day that US businesses with patents or patent applications may pay anything to Rospatent. Although there will be no per se prohibition against filing for patents, the inability to pay Rospatent will—as a practical matter—prevent US applicants from filing there. Therefore, the practical hurdle to pursuing and maintaining IP rights in Russia relates to the chain of payment. The question is whether payment of fees and costs can be made to Russian associates to do such work due to the imminent June 23 deadline and direct sanctions against certain banks (and the removal of many Russian banks from the SWIFT global financial system). For example, the US Treasury imposed full blocking sanctions on Russia’s VTB Bank on February 23. It then prohibited US persons’ from conducting transactions with the Central Bank of the Russian Federation on February 28.

The USPTO has recently announced that it is working with the US Treasury Department Office of Foreign Assets Control to make a determination that US persons payments, even to sanctioned entities, for maintaining IP portfolios in Russia falls under General License 13 (which allows US citizens and entities to make such payments so long as they are for “registrations, certifications and licenses, to conduct day-to-day operations”).

To limit risk at present, US companies and firms need to make sure that no sanctioned banks are in the chain of payment they make in connection with Russian IP rights. Therefore, one should ask Russian associates which bank the law firm uses to receive payment for its fees and what bank the associate uses to make payments to the Russian IPO on behalf of the US entity.

3. Can (or should) US companies enforce IP rights in Russia, even if they can be maintained?

Even if you go to all the trouble to file, prosecute and/or maintain IP rights in Russia, is it even worth it?
Russia has recently made several announcements—and taken several steps—that suggest that the answer to that question may be “no.”  In order to counter international sanctions against it and fill the void left by (and retaliate against) the nearly 500 Western companies that have or are pulling out of Russia, Russia has affirmatively taken the following steps to encourage and allow IP to be used by third parties without compensation to or permission from the IP owner:

Additionally, there has been a flurry of trademark applications (over 50) filed by Russians in Russia for well-known marks, including McDonald’s, Coca Cola, Apple, Starbucks, Mastercard, American Express, Audi, BMW, Levi’s, Nike, Adidas, Christian Dior, etc. So far, Rospatent has indicated that the applications have only been published in the official gazette, not registered and has implied that any that are confusingly similar to previously registered marks would be refused. However, such pronouncements seem to ring hollow in light of the official acts of the government noted above.

Sanctions are expanding and changing, the US government’s approach to these issues is evolving and circumstances continue to unfold. We will continue to monitor this issue and provide updates. In the meantime, if we can be of any assistance as you work through these issues for your company, please do not hesitate to contact us. For a more fulsome overview of US sanctions laws and regulations, please click here. 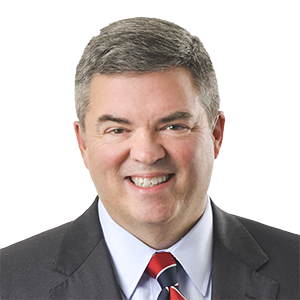 IBOR reform or LIBOR replacement represents one of the biggest changes to the financial services industry and impacts on all businesses that deal with it.